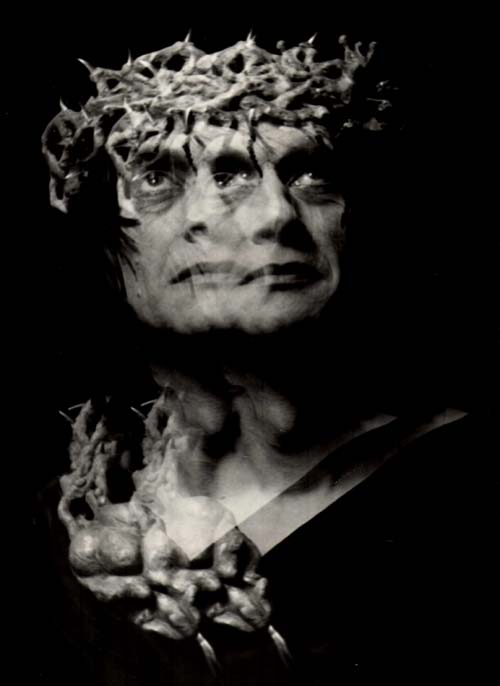 For those who get contact with Richard, it is enough that, in a moment of fear, absent-mindedness or confusion, they let themselves invaded by him, even very little. After that, they cannot stop from falling within themselves, from getting caught in their own darnkess, from reaching the ultimate level of destruction.

A gliding world , that still hangs suicidingly from the small finger of a mind with monstrous sparkles.
The equilibrium of the performance from Odeon resides in acknowledging this architecture. Maniutiu grabs the text with determination. The reserved play , the tension of the implosion one can hear silently within the main characters and within any gesture, is the main key to the actors’ performance.

That February night, ten years ago (Alexandru Dabija was the one who called Maniutiu to Odeon, to stage “Richard III”), I lived the most profound, moving moment in my entire life as a spectator. I can find many explanations for that: the political context of the premiere, the social soul’s state, at that moment, the beginning of the end ( though it was far from the present exasperation) the frenzy to communicate…. Concentration, tension, and almost overwhelming artistic greatness… Such emotions cannot be described.