based on texts by I.L.Caragiale, directed by Alexandru Dabija

and
the dog PUCK 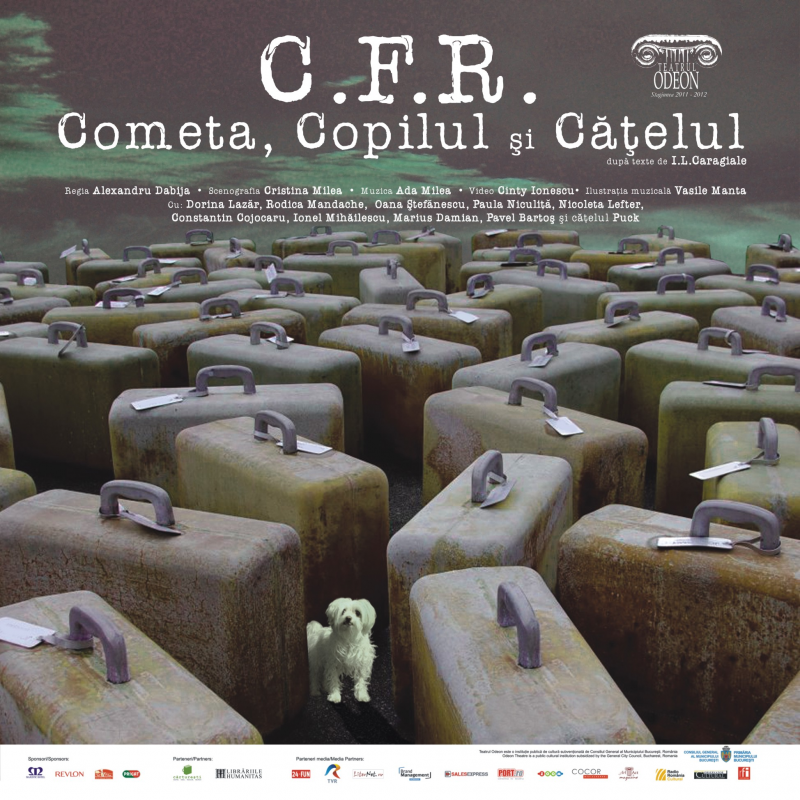 A train is made out of many wagons that are connected to each other and are capable of transporting the merchandise and the travelers on a predetermined track. The way on which it is travelling can be a conventional track, but it can also be a monotrack, this is how the definiton of the word sounds like.

When the propelling is realised with the help of a locomotive-playwrite like Ion Luca Caragiale and a ticket collector such as Alexandru Dabija (who is the stage director), the travel can only be captivating.

About the Comet - folk lecture, Romanian Justice. Correctional Department, Mr. Goe..., Bubico, Gloomy Atmosphere are the texts which offered the stage director Alexandru Dabija a perfect base for a train voyage packed with surprises: you can expect to meet in such a train an eccentric controller, obsessed with cosmic space and imminent appearance of comet Falb, to get nose to nose with a prejudiced Spiritualist, to meet Mam Mare, Mamita and Auntie Mita – naughty Goe’s protectors, to stay away from the man who hates dogs or to comfort Bubico’s loving owner – the son of Garson and Gigica.
On board!