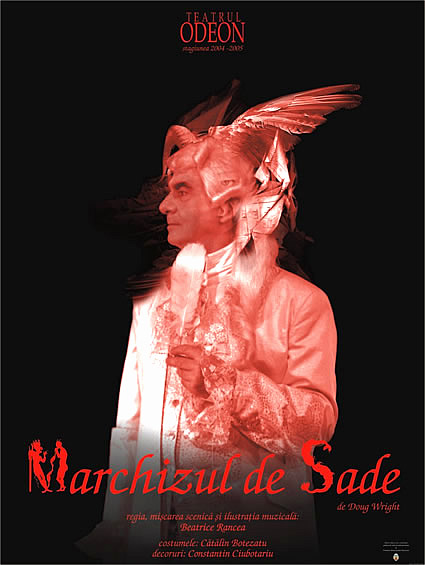 DOUG WRIGHT received the 2004 Tony Award and the Pulitzer Prize for Drama for I AM MY OWN WIFE. In addition, the play was honored with the Drama Desk Award, the Lucille Lortel Award, the Outer Critics Circle Award, and the Drama League Award. Doug's play QUILLS won an Obie Award for Outstanding Achievement in Playwriting and the Kesserling Award for Best New American Play from the National Arts Club. Doug went on to write the screenplay adaptation, making his motion picture debut. The film was named Best Picture by the National Board of Review and nominated for three Academy Awards. His screenplay was nominated for a Golden Globe Award and received the Paul Selvin Award from the Writers Guild of America. Doug's stage work has been produced at New York Theatre Workshop, Lincoln Center , WPA Theatre, Geffen Playhouse, Wilma, Woolly Mammoth, McCarter Theatre and the LaJolla Playhouse. Titles include THE STONEWATER RAPTURE, INTERROGATING THE NUDE, WATBANALAND, BUZZSAW BERKELEY and UNWRAP YOUR CANDY. Doug has been published three times in The Best Short Plays series and his work has appeared in The Paris Review. He's a member of the Dramatists Guild, The Writers Guild of America, East and the Society of Stage Directors and Choreographers. He serves on the board of the New York Theatre Workshop. In 2004, he was recognized with a special career citation from the American Academy of Arts and Letters.

Beyond the sweetest poisons of the language, which anaesthetizes the license, the performance talks rather about the censorship which arouse an overflow of fantasy and about the rise against any type of authority.
Behind Sade, the author reacts furiously to any limitation of moral or social nature. The character goes crazy not because of the religious sterility or of the moral restrictions. The rule concept itself gives him a huge and abyssal repugnance.
Cristina Rusiecki – Suplimentul de cultură, March 26, 2005
Florin Zamfirescu is endowing his character with poisonous charm of intelligence and with an inexplicable mystery dose trough vice and virtue; he is always dancing on the edge of the abyss.
Quills is addressing more to those interested in creation and its torments than to those who want to know more about vice.
Magdalena Boiangiu – Cotidianul, March 27, 2005
Scroll