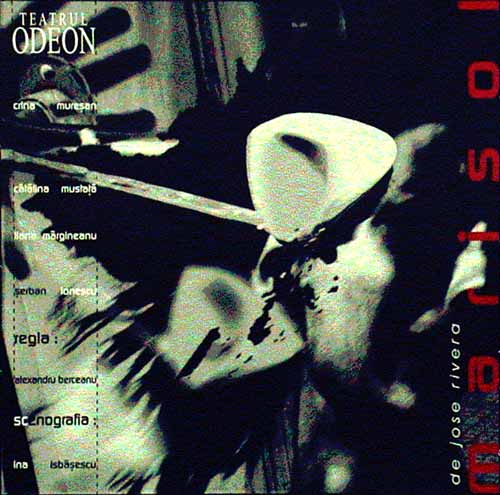 Reflecting upon the delicate balance of the worlds, Rivera writes about burning people and floating beds, about guardian angels and Nazis, about the storm of the century and romantic dinners and demands us to look at them both an a whole, and as individual units. Rivera’s plays have roots in the hidden depths of history. They are inspired by a real event, by a familiar face or an real image: someone who attacked people with a stick in the subway, a pregnant woman hitchhiking in the rain…
Rivera starts from real information and makes it seem “more real”.
Rivera’s plays reveal a fantastic world, that shows things as they are, behind their mask. Each play is a world in itself, an universe that has its own laws of space, time and behaviour.

Alexandru Berceanu proposes a special vision about the possible end of humanity… His staging has an essential quality: a modern style of directing and a highly realistic approach. The characters perform on different levels and have a fragmentary evolution, between fantasy and reality, on the verge of different registers.
The performance portreys a world in agony, seen as decomposing matter, as a succession of particles dripping in the void.
Mihaela Michailov - Observatorul Cultural
Scroll